The song also touches on the selfish manipulative trends that plague the Kenyan political scene. It is also a call to Kenyans to make informed decisions when it comes to choosing our leaders because they are who we  look to for guidance at all times. The song is also a wakeup call for Kenyans to unite because negative politics tend to divide us further each day.

This song is dedicated to those who lost their lives or were injured and/or internally displaced amidst the chaos that ensued during this traumatic period. It is also a reminder that negative divisive politics can degenerate into violence in the blink of an eye and that it’s the common citizen who is affected most.

The song “2007” is a single off the 5 song album dubbed “The Mwananchi Initiative” by Kenyan rapper from Nairobi’s Kibera slum “Kayvo Kforce”. The album is written, composed and performed by  “Kayvo Kforce” It is produced by “Arkish Pro” and co-produced by “Kayvo Kforce”

The album is available on a number of online and offline platforms. The album is part of a larger Documentary known as “Kenya United” produced by Film maker Mr.Franklin Kaimenyi which will also be released soon. 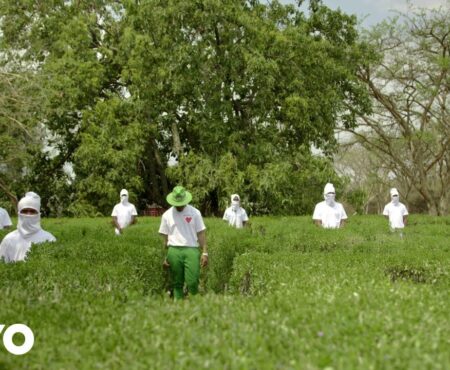